Argentina has been crowned champions after a rollercoaster match that saw their
lead levelled twice in a nail-biting finale with France. The game headed to
extra time, with the score at 2-2 in full time. With more plot and twist in
extra time, it ended 3-3. Argentina got the best cards during the penalty,
making it 4-2 to clinch the world cup.

It was a gruelling battle that pitched the magic of Messi against the rampage
of Mbappe. Looking back, this was probably the best match of the tournament.
Besides providing us with a deserving finale, we picked up essential life
lessons from World Cup Qatar. 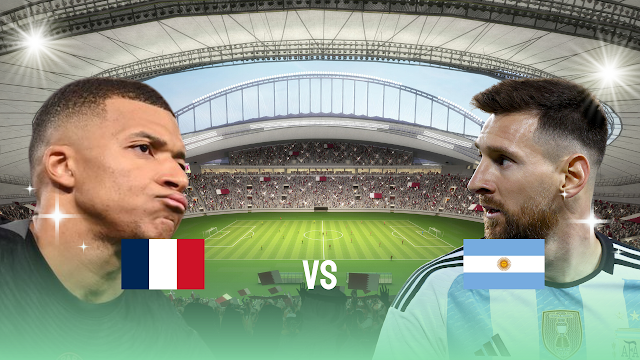 Messi is 35, and Mbappe is 23. Yet, despite the age gap, the mercurial Messi
matches the boundless rampage of the younger Mbappe.

Youth may have its advantages, but the experience still counts when it
matters. Recruiters may want to take note of this.

2 Setbacks do not define you 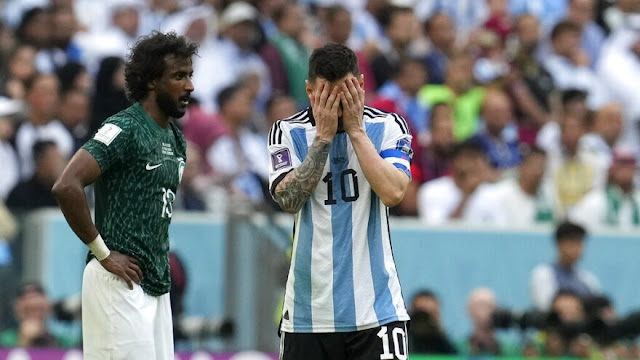 What has PSLE scores have to do with the World Cup?

With the release of secondary school postings this week, be reassured if you
cannot get into the school of your choice. Argentina unexpectedly lost the
first match to the 2nd lowest rank nation, Saudi Arabia. But, instead of wallowing
in self-pity, they pulled up their socks and won the world cup.

3 Everyone has a role in life

As a team sport, everyone plays a part, from the striker to the goalkeeper to
the coach and even the ball boy. If anyone is overlooked, the team may not necessarily
succeed. 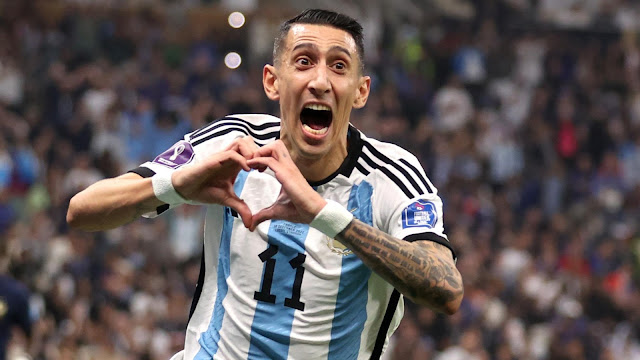 The team that worked as a unit won. As excellent as Messi’s performances, he
could not do it without the team. Angel Di Maria was the player of the match
before he was taken off, winning the penalty and scoring an exquisite
2nd goal. Goalkeeper Emiliano Martinez was the penalty hero for not one but
two shootouts. The coach Lionel Scaloni took over Argentina after their World
Cup failure in Russia and turned them into champions with Copa America in 2021
and the World cup in 2022. Even the ballboys are worth a mention, for training may only go smoothly with them.

In other words, everyone played a part and contributed to the success.

4 Scoring the most does not make you a winner 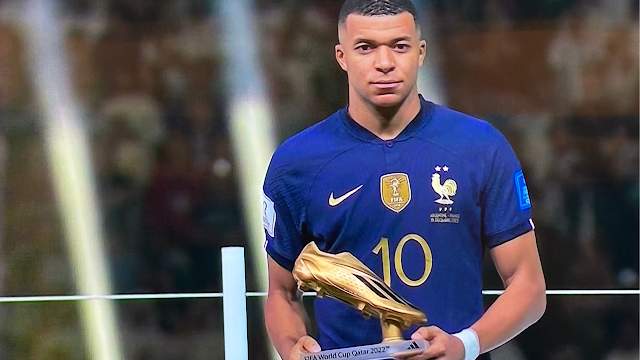 Being the top scorer in school does not necessarily make you a champion. Ask Mbappe,
who scored a hat trick in the finals and was the tournament, Golden Boot.

As in life, it is not the quantity but quality that matters.

5 Arrogant would usually cause you 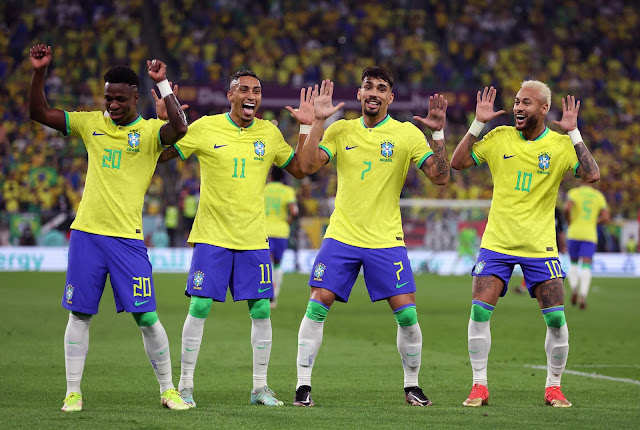 Remember how Brazilian dances when they beat Korea?

Saw how Mbappe celebrated when he scored?

Sometimes a little humility goes a long way. The way Messi celebrated his
goals with the fans and team-mates showed that being humble is not necessarily
a bad thing

6 Underdogs will have its day

Korea, Japan and outstanding Morocco were billed to be World Cup minnows. But instead, they showed up in this World Cup and beat powerhouses like Germany, Spain, Belgium
and Portugal along the way. 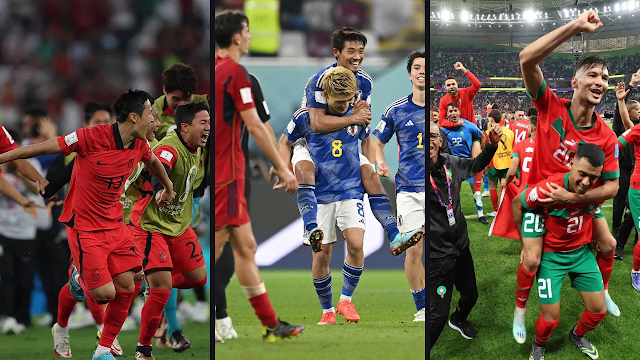 It’s not about reputation but hard industrious work that matters.

If you are perceive as the underdog, remember that victory will only be sweeter.

7 Luck is as important as skill 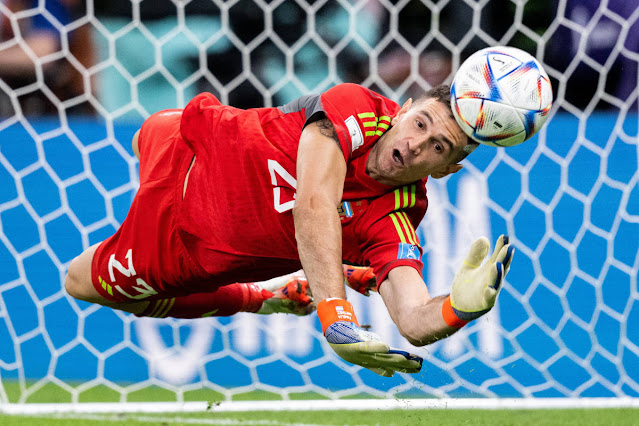 Do not discount Lady Luck. Penalty shootouts are 50% skill and 50% luck. But, as in
real life, luck does matter regarding career progression or even spotting the
right question for exams.

France had shown never gave up and kept fighting till the end. Likewise, Argentina has
shown that it can dust off setbacks and move forward. 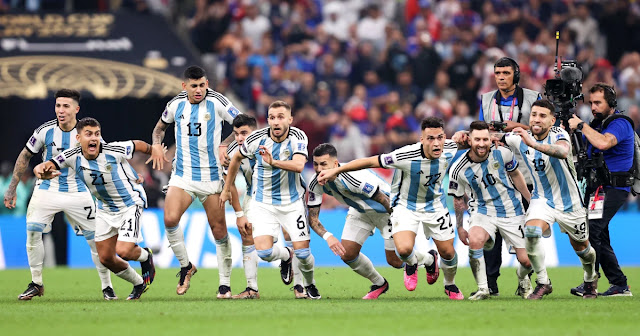 The worse thing one could do in life is throw in the towel and call it a day.
Keep fighting if you can. If you do, you always have a chance.

9 Know when to call it a day

This world cup was billed as a swansong for many iconic stars. However, Messi,
Christiano Ronaldo, and Luka Modric look unlikely to be back on this stage.
While some still held some magic, others had already faded, with only the past
cloaking their weakness. 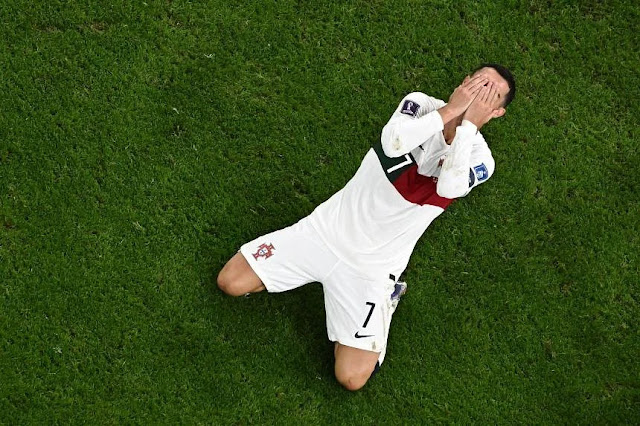 While it may be good to keep fighting, if it is time to call it a day, it is wise to do so. Not doing it may cause disharmony in the team. In the worse case, one may
just tarnish the legacy so carefully curated over decades.

Japanese fans stood out for what they did after their matches. They clean up
the mess. They had earned respect from the world for their actions. 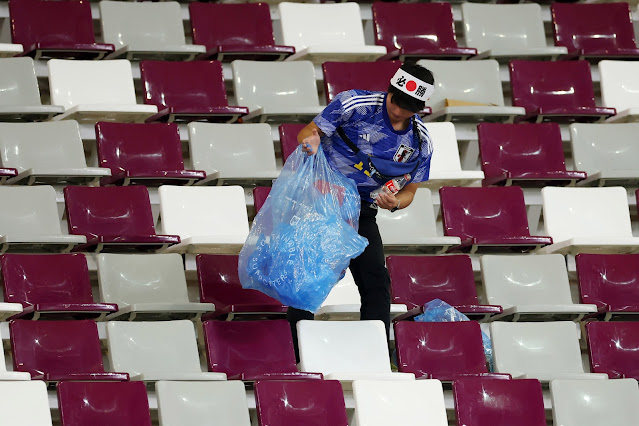 Do good, and you will be recognised.

This world cup was special to me. The wife and the boys were converted from
non-football fans and had joined me in watching the matches.

We even went to join Korean fans for the Korea-Portugal match when we were in
Seoul. It was a spur-of-the-moment decision and an unforgettable experience.
Sometimes, we just need to live in the moment and not just stick with the
plans. You will never know what you will miss if you do not experience it.

12 The ball is round 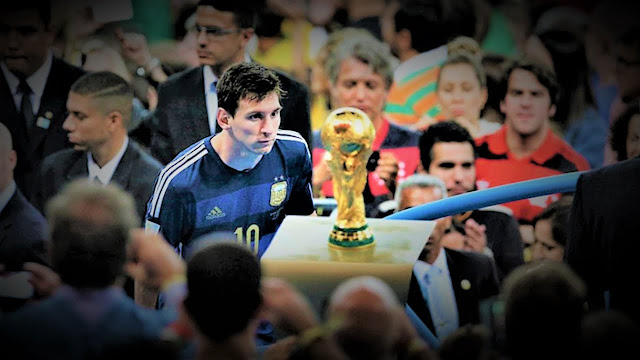 This idiom has been around for ages and amplified during this World Cup.
Anything can happen, even a fairytale that took 16 years the making. 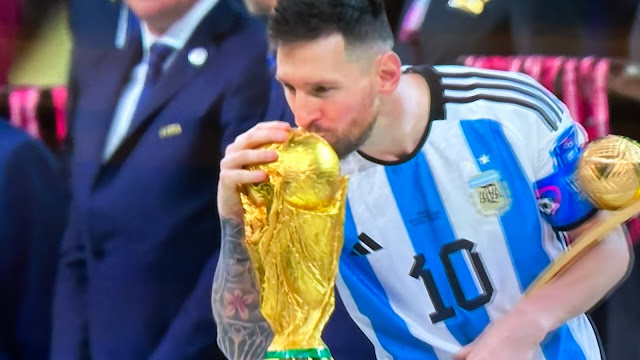 As in life, the ball is round. So do not resign to fate but let’s make your own
destiny!

After an exhilarating final that put us on an emotional rollercoaster and
sapped our energy, we would go cold turkey for a while. Instead, we look forward to
another exciting world cup in another 4 years. In the meantime, it is back to
EPL action next week!

Where To Shop The Ultimate Stocking Fillers For Her

How To Make A Christmas Eve Box

How To Make A Christmas Eve Box

Getting PSLE Results : What to do next? | The Wacky Duo