Where to watch World Cup Round of 16, Quarter Finals, Semi Finals and Finals for Free! | The Wacky Duo

World Cup moves to 2nd Round.

The first round robin is over, and now each match is do-or-die for the teams.

As the stakes are higher, it will be more nail-biting for the remaining
matches. We had an initial list of the places to watch the World Cup
first-round matches. Here are a few more locations where you can watch it for
free for the Round of 16 and Beyond. Do note that some of the locations showing earlier matches MAY NOT be showing the new matches for this round. 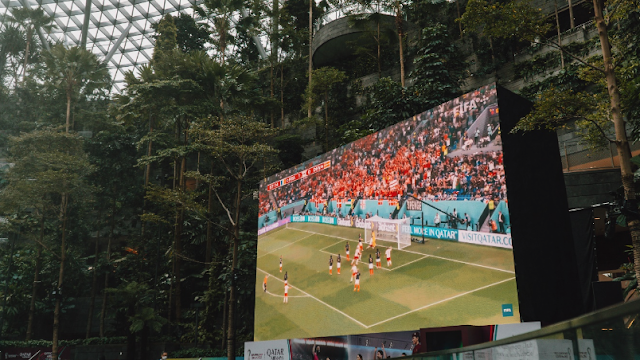 Jewel will be showing all the matches from the Round of 16 till the Finals for
free at the Shiseido Forest Valley. The matches will be shown on a Mega LED
Screen that spans a tenth in length of a football field, making it Southeast
Asia’s largest public screening. 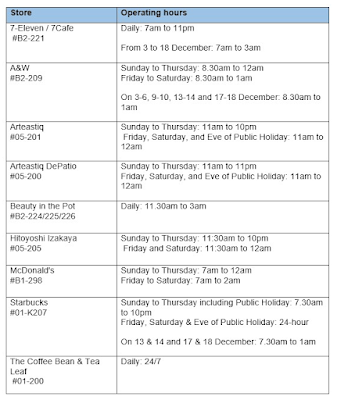 Fans can also redeem 2 hours of free parking with a minimum of $20 spent on a
single receipt. on selected outlets on match days. Games, e football freeplay
and other activities are also at the premises.

Changi Airport Terminal 3 Basement 2 at ST3PS will see football fans
rejoicing. Looking at the schedule, it would seem that there is a possibility
that most of the matches will be shown live.

Round of 16 , Quarter Finals, Finals

The Round of 16, quarter-finals, 3rd place and finals will all be shown at
this location. Semi Finals are not scheduled. 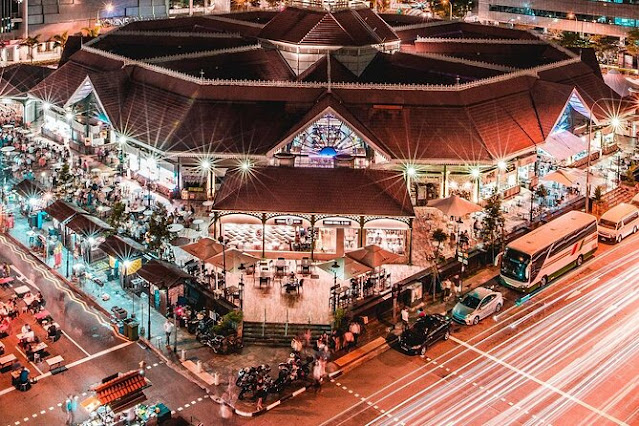 Catch live screening on a 130 LED screen at Lau Pat Sat. Check out the live
entertainment and F & B deals while you are there. 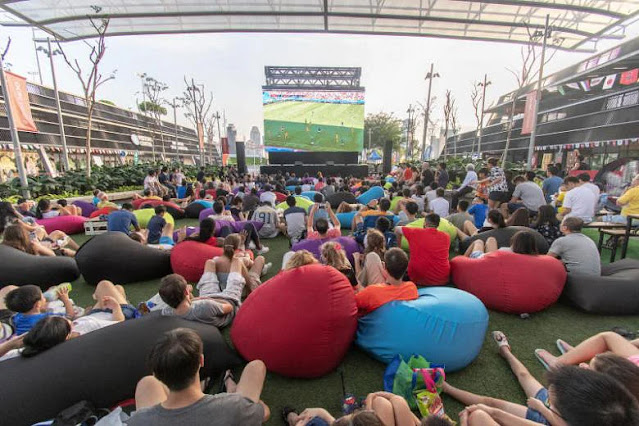 58 Community Centres around Singapore will be telecasting selected matches.
Not all matches will be shown at all venues.

For a full list of community centres and schedules, refer to this link 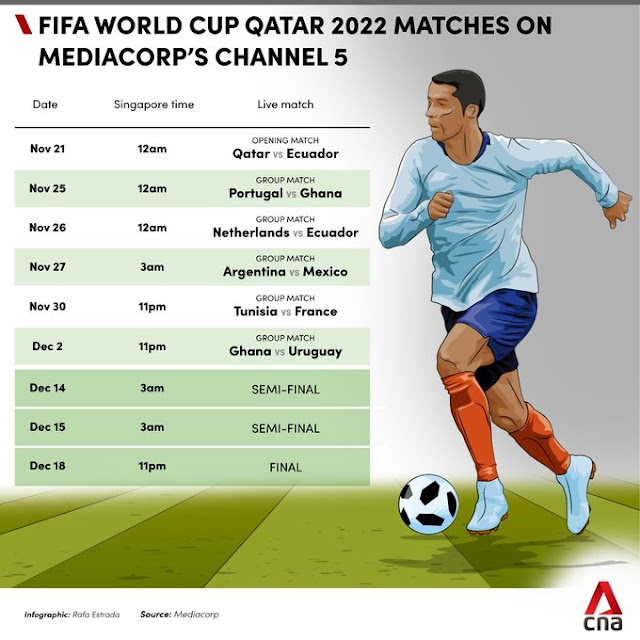 Mediacorp will be live telecasting the opening match, 5 selected group
matches, the semi-final and the final. You can watch these in the comfort of
your home for these matches.

Tags: Quarter FinalsSemi Finals and Finals for Free!Where to watch World Cup Round of 16
Previous Post