Is the value dinner set at Awfully Chocolate Bakery & Cafe worth it?

While the chocolate portion of the restaurant reminds the same, the interior
is laid with wooden floorings complemented by hanging plants. Brown and green
hues filled the room to give it a laid-back atmosphere.

Along with the revamp, the menu had changed with an Amazing Value $25 dinner
introduced. While ala carte orders are available, the main courses are mostly
from the value dinner menu. Thus it makes more sense to order from the menu.
That said, we do find the choices a little limited. If you do not find any
exciting dish for the mains, it may be best to head elsewhere for your meal. 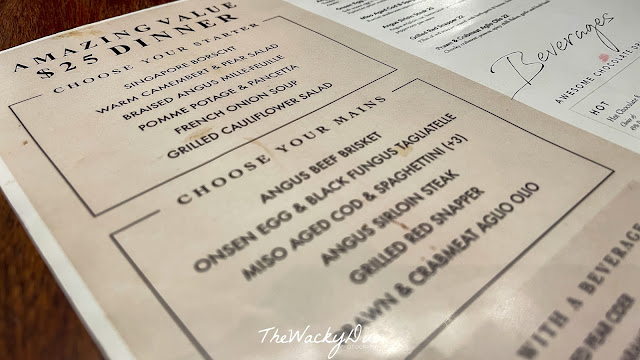 The mains choices were decent enough as you have beef, steak, snapper, Aligio
oilio as part of the selections. we decided to have a go at the Angus Sirlion
Steak, Angus Beef Brisket and Grilled Red Snapper 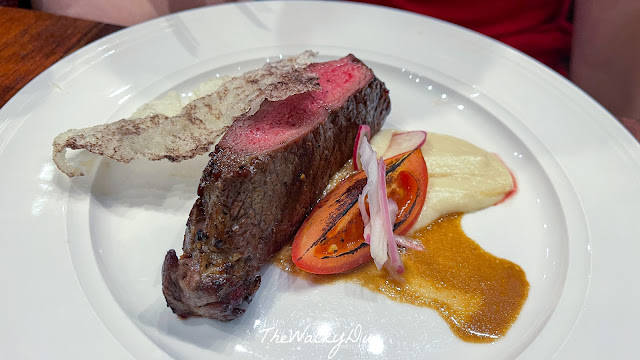 The Angus Sirlion Steak came in a single strip. We had seen photos with double
strips before, so it was underwhelming to see a single piece. The portion was
not large, and the steak was pretty much unforgettable.

The plating was also very messy. It looks like everything was just thrown all
together. Not really appetizing at first sight. 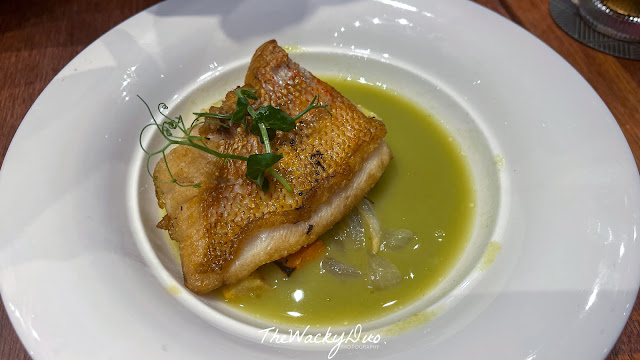 We had higher hopes for the grilled red snapper. IT came with herb garni,
asparagus, aubergine, spinach and caper aioli. While the red snapper was ok,
it came soaked with spices that do not taste well when put together. If we had
a choice, we would rather it not come with the sauce. 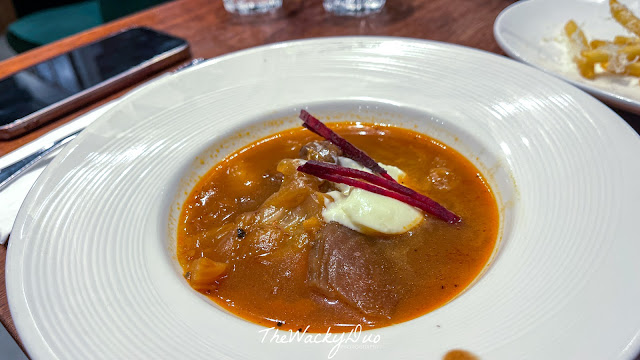 This dish is made of beef stew with cabbage, beetroot and sour cream. In terms
of presentation, it is not that appealing. The sour cream in the stew may not
be agreeable to those who are averse to sourish taste. 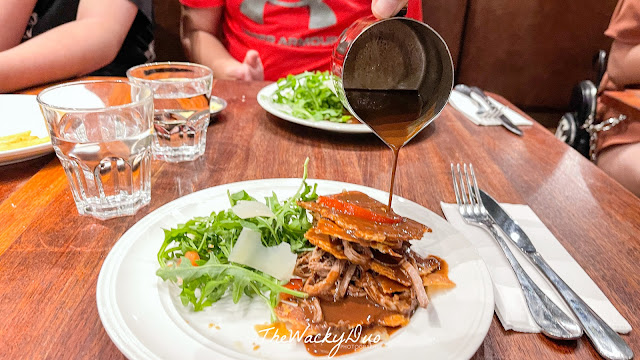 When we saw this on the menu, our expectations were raised. Described as
flaky, buttery pastry layered with Angus beef brisket and garlic tomatoes and
served with smoky gravy from Awfully Chocolate’s 60% couverture from the
chocolate taps, we were expecting a rich chocolatey treat.

Instead, the pastry was too thin, the meat too tough, and the gravy tasteless.
It is a disappointment to our tastebuds.

We had a wonderful meal when this place was known as Ninety Nine. As for the
value dinner set, it was underwhelming. The dishes we tasted were rather bland
. Perhaps, the overall taste does not suit our tastebuds, as we prefer a more
flavourful taste.

Given that there is no lack of restaurants along this stretch of Joo Chiat, we
would probably not be back for seconds if the menu remains. Guess we will
stick to the desserts and their delicious chocolate cakes for the next trip
back. 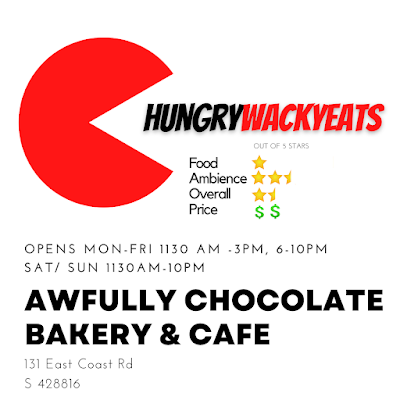 Gifts for teenage girls that have nothing to do with iphones

Jane Johanson on having renowned sexpert Sue Johanson as a mom

Jane Johanson on having renowned sexpert Sue Johanson as a mom

Fix Deposit vs Singapore Savings Bonds vs T-Bills : How to earn high interest in Singapore | The Wacky Duo