5 VR Games To Enjoy With Your Kids | The Wacky Duo

No longer a sci-fi fantasy, Virtual Reality (VR) is now more accessible than ever.

All you need is a VR headset and a console that can render VR.

With VR, players can explore and interact with a 3D environment. In other words, it’s the closest thing we have to experiencing a whole new world. To take a look at how VR is animated, check out this Singapore VR company!

For added immersion, good visual effects (VFX) are essential and it’s only possible with experienced animators working in a professional VFX studio, such as this Singapore VFX Studio. If you’re interested in animation, get some tips and inspiration from a Singapore animation studio!

While VR offers an unparalleled immersive experience, it also poses a few questions like…

Is VR Safe For Children?

Since VR technology is relatively new, not much research has been done on its potential dangers. Common concerns include eye strain or fatigue since users tend to blink less when using a VR headset. However, this happens with all digital devices and it’s always good to take a break in between each play session.

Some children may also experience motion sickness. To get used to the motion, they can take breaks every few minutes. If they need more help to deal with the dizziness, eating ginger or ginger supplements before playing can reduce their nausea.

While there’s no consensus on the minimum age requirement for VR gaming, to err on the side of safety, it’s recommended that users are above the age of 12.

With proper precautions, the only risk in VR gaming is having too much fun! With its endless possibilities for play, it’s the perfect toy to enjoy with your kids. 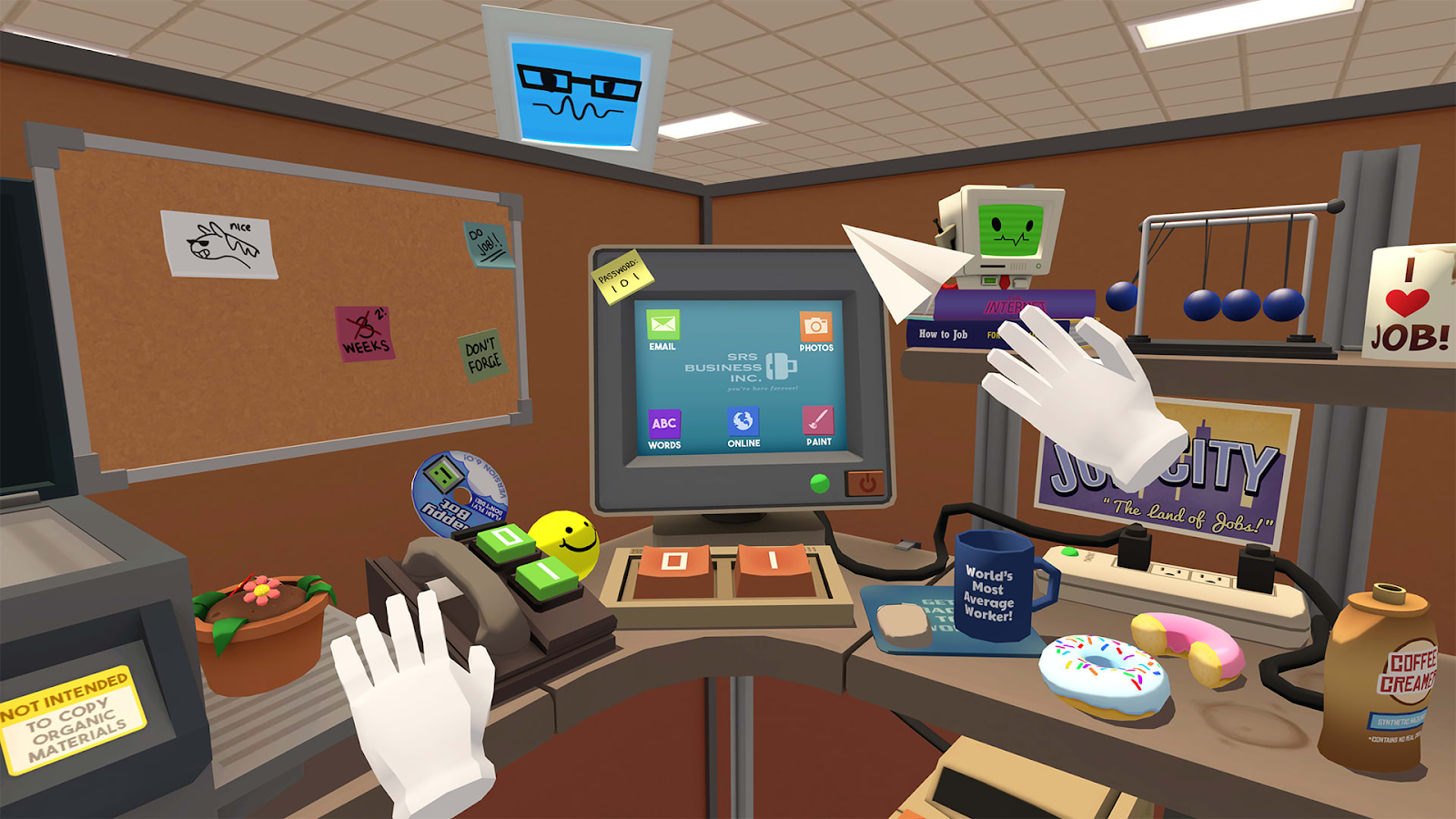 Released in 2014, Job Simulator is one of the older VR games but that hasn’t stopped it from staying fun. Set in a world overtaken by robots, Job Simulator takes place in a job museum where players can experience different jobs.

The gameplay is simple but it offers plenty of room for experimentation, making it perfect for your first VR experience. The kids will also enjoy the game’s humour, especially when they enact the game’s hilariously exaggerated situations. 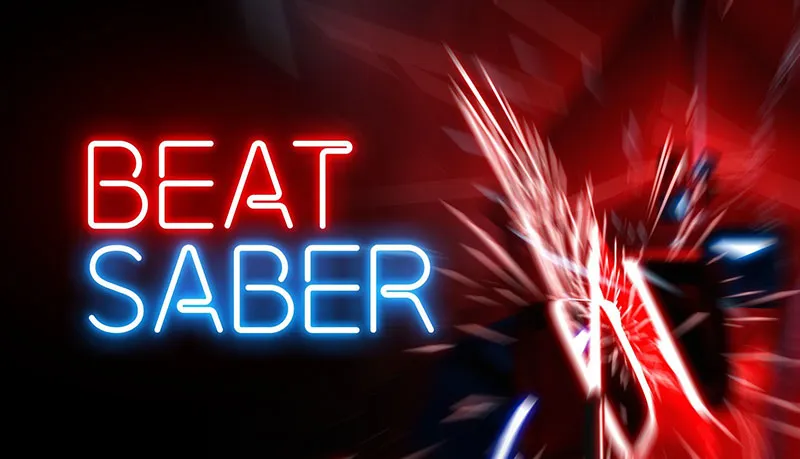 Who wouldn’t want to wield a lightsaber? What’s more, you get to slice through neon cubes to the beat of any song you want! No one, not even adults, can resist the appeal of Beat Saber and it’s precisely what makes it so popular.

The game is easy enough for kids to learn. However, it’s also rewarding for experienced players  due to its various levels of difficulty. Since one game session only lasts the length of a song, it’s easy to take turns playing, making it perfect for family VR game nights. With cute robots, colourful graphics and creative game stages, Astro Bot Rescue Mission is destined to be every child’s favourite VR game. Of course, the fun isn’t just exclusive to children, adults will definitely fall in love with Astro Bot.

The gameplay is ridiculously simple, only requiring two buttons: jump and hit. Players will work with captain Astro to rescue their bot crew, who have been scattered across different worlds. From sandy shores to tropical jungles, the platforms in Astro Bot are stunning and the level of detail is extremely impressive.

If you’re not careful, you might just get hooked on the game and hog it all to yourself instead of letting your kids play. 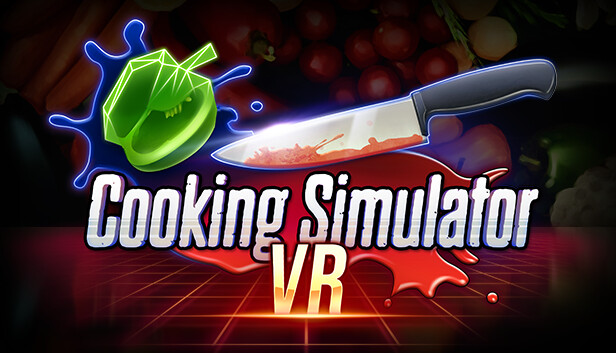 No recipe is too crazy in this game because Cooking Simulator lets you cook anything you want! The best part? It leaves no messes.

Since there are over 80 recipes to choose from, watch your kid become the next masterchef. There are two game modes: career and sandbox. In career mode, you start a new adventure by starting up a restaurant, which eventually expands as you level up. As business grows, things grow more hectic. As its name suggests, sandbox is a creative mode that lets you whip up anything, allowing your kids to unleash their cooking creativity.

Cooking Simulator VR is exactly what you’d expect and so much more! 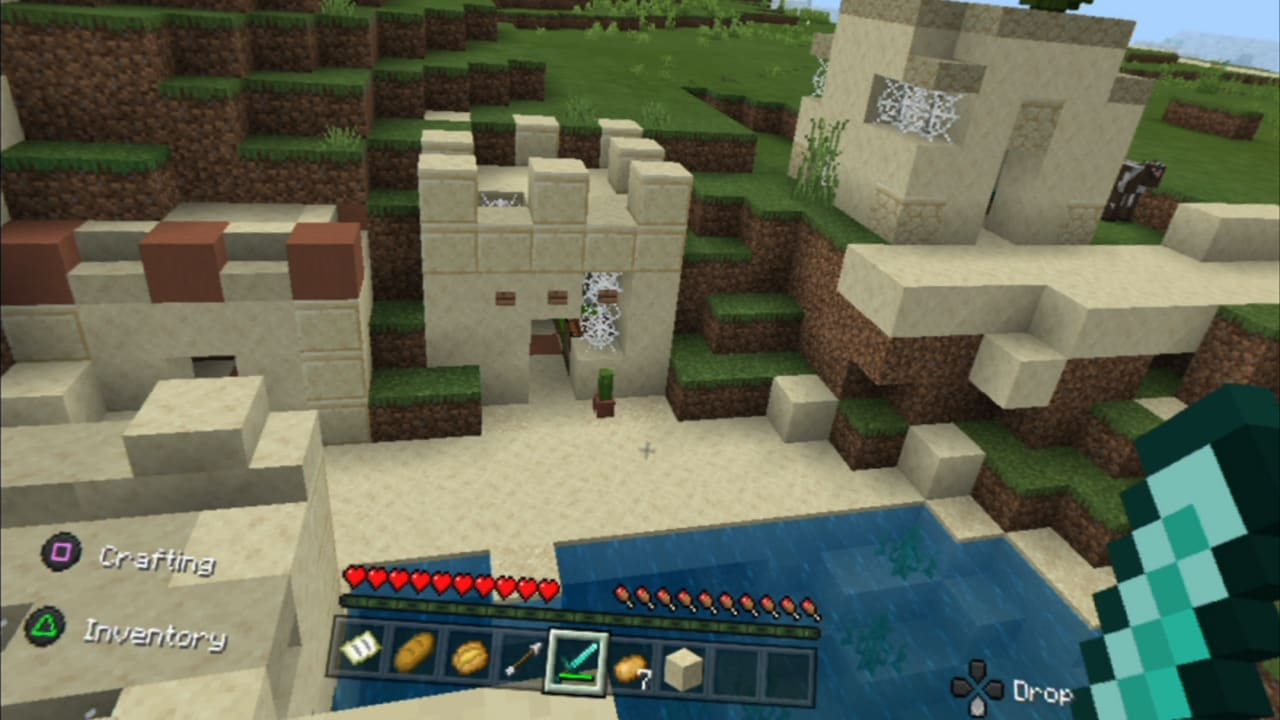 A beloved game, Minecraft’s VR edition elevates the game to a whole new level. The gameplay still remains the same; players get to explore, build and battle mobs. However, the scale and immersion makes it feel like you’re experiencing the game in a brand new way.

Since players are only two blocks tall, everything else is proportionately huge compared to them. The vast scale enhances the immersion and it truly transports you to another reality. It can get slightly creepy when night falls in the game since there are walking creepers that can unexpectedly kill you. Hence, parental supervision is advised.

Whether you’re new to minecraft or an old fan, Minecraft VR is worth playing!

We hope you enjoy these 5 VR games with your kids, have fun!

Tags: 5 VR Games To Enjoy With Your Kids
Previous Post

15 Kids Coats For The New Season

These are the baby names you'll be seeing everywhere in 2023