It may have been seven years since his passing, but his memories are still
very much etched in the older folks. It would be the younger generation that
may forget. Save for history books, most teens and younger children may not
have a direct connection to the man who founded Singapore.

This is where The LKY musical fills in the blanks for them.
The LKY musical makes its second appearance since its debut in 2015 with the
lead, the charismatic Adrian Pang, back at the helm as Lee Kuan Yew.
However, Mdm Kwa, more popularly known as Mrs Lee, is now played by the
popular songstress Kit Chan. Kit Chan is an apt replacement given her part
in Singapore history as the one who sang the most popular National Day song
– home. With music by Dick Lee and lyrics by Stephen Clarke.

What is THE LKY musical?

Instead of a full-blown biopic of Lee Kuan Yew, The LKY musical tells the
tales of a young Mr Lee from his study days in 1941 to the day Singapore
gained its independence in 1965.

Squeezing in 25 years of history in a 2.5 hours musical can be pretty
challenging. Sometimes, character development has to give way to speeding up
historical events. While some may lament it, watching a 5-hour musical may not
be everyone’s cup of tea. In terms of pacing, we think that it is on cue for
this musical.

Here are 5 reasons why you should watch the show

1 An intriguing and entertaining history lesson

The LKY musical is more than just a story about one man; it is the story of
the birth of modern Singapore. As a history buff, I enjoyed learning about the past. For those who prefer
a speed version, The LKY Musical gives you a fast pace history lesson that
brings you to the age of the British and Japanese War, Malaysia’s formation
and the Independence of Singapore.

Along the way, you will learn about the atrocities of the war, the
struggles to join Malaysia, friendships, betrayals, and flashes of
historical events such as the Hock Lee bus riot and operation cold store
that shaped Singapore’s beginning.

This is the perfect show for secondary school history students who would
see what they learn coming to life on stage. It is also apt for those who
have not lived through these times and have witnessed our great-grandparents
and grandparents’ struggles.

2 The tender side of LKY

The LKY Musical also delves
into the life of Lee Kuan Yew during his young adulthood. The show started
when Mr Lee was 18 and finishing his stint at Raffles Collage. This was also
the place where he met his rival turn lover Mdm Kwa. Here the audience will
witness the tender side of Mr Lee and the love both have for one
another.

Other touches of humanity include his faith in the British and Malaysia, with
his anguish when they do not justify his unwavering faith. Perhaps this
musical is also used to chink away Mr Lee’s perceived armour in people’s
minds. While these moments of tenderness do not overwhelm the plot, it does
bring a humane touch to Mr Lee.

3 It is more than just about one man

In most political scenarios, the victors will be given the limelight. However,
while Mr Lee and other PAP cadres such as S.Rajartanam, and Goh Keng Swee are
featured, there is a balance with the anti-heroes Lim Cin Siong and Gond Swee
Suan.

In fact, after the show, we actually look up these characters to learn more
about their history. For a show to pique the interest of the lesser known
characters in Singapore’s birth, it is an impressive accomplishment.

The standout performances would be Adrain Pang as Lee Kwan Yew, who nailed
the mannerism of Mr Lee. Kit Chan with her beautiful vocals as Kwa Geok Choo. Sebastian, Samwise
like performance as Koh Teong Koo and  Benjamin Chow fiery
interpretation as Lim Chin Siong.

While the smaller MBS stage has limitations, the 3 story facade was an
inspiring touch. With projected visuals and panels changing, it brings you
effortlessly from the Raffles College classroom to London and various
locations.

The stage is as good as any world-class musicals we have seen, and we have
seen quite a bit in recent years.

We like musicals that invoke a spectrum of feelings. We laughed at the liberal
use of Hokkien and the witty explanations between a liberal, a socialist and a
communist. We smiled at the romance between Mr and Mrs Lee, and we grasped
when an unexpected death occurs in the show. All these happened during The LKY
Musical. 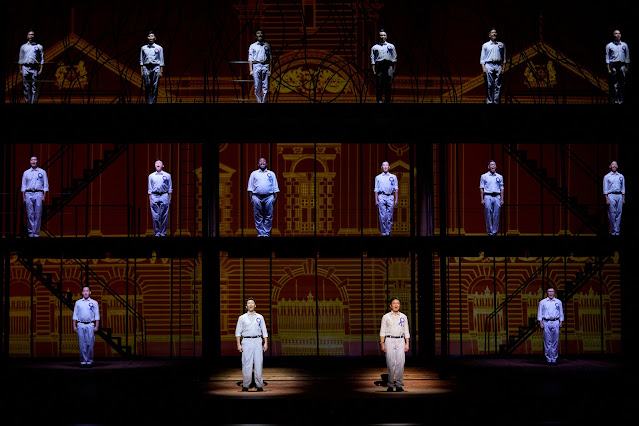 One thing that pops out during the musical is the singing of the national
anthem. Amazingly in 25 years, citizens of Singapore have to sing not one
but 4 different national anthems. All these anthems were performed at
various stages of the musical. 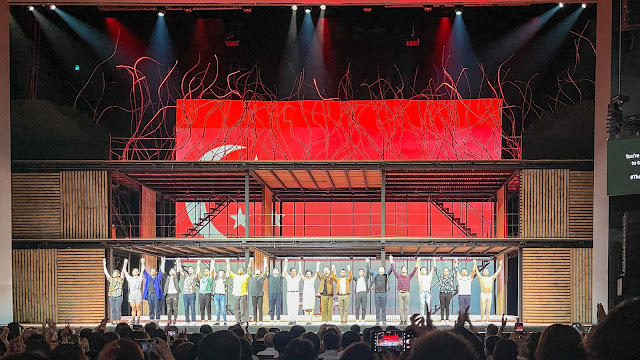 From the British ‘God save the King’ to Japanese ‘Kimigay’ to Malaysia’
Negaraku’ and finally to Singapore’ Majulah Singapore. The first 3 were
accompanied by scenes of despair, while the last finale was sung with aplomb
and hope. We had goosebumps at the end of the show with
the rousing rendition of Majulah Singapore.

Only one thing we can say to the wonderful cast of The LKY Musical and the
team that bought to life this show – Aiwei and Singapore Repertory
Theatre(SRT).

How to get your tickets? 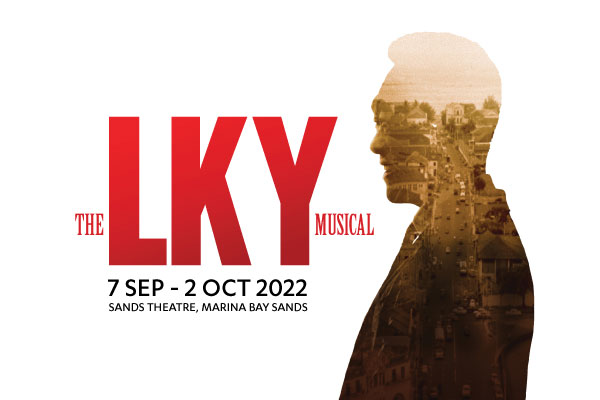 The LKY Musical will perform at Sands Theatre, Marina Bay Sands, from 7 Sep to2
Oct 2022. Limited tickets are still
available from here