How to Play The Card Game WAR | Nanny Anita

As you know, we love a good card game.  A pack of cards is one of the easiest things to carry around in your bag.  There are just so many games you can play with a pack of cards.  Back in February we got stuck at an airport for 12 hours while BA continuously delayed our flight (without any explanation or updates, but that is a whole different story).  While we were waiting, we met an American family who taught us how to play the card game WAR.  It is a pretty simple game, best played with 2 players.  Although you can have more.

Make sure you follow my card game board on Pinterest for more ideas.  Don’t forget to save the pin for later.

To play the card game WAR you will need:

The aim of the game:

To collect all the cards in the pack.

How to Play WAR:

For this game you can actually leave the jokers in the pack.  They will be the highest-ranking cards, followed by the aces, then its King down to 2s.

Deal the cards out evenly between the number of players.  If you are going to have more than 3 players, you may want to add another pack of cards in.

In this round I won as I put down the King.

Each player places one card down, face upwards, at the same time.  The player with the highest card wins all the cards. 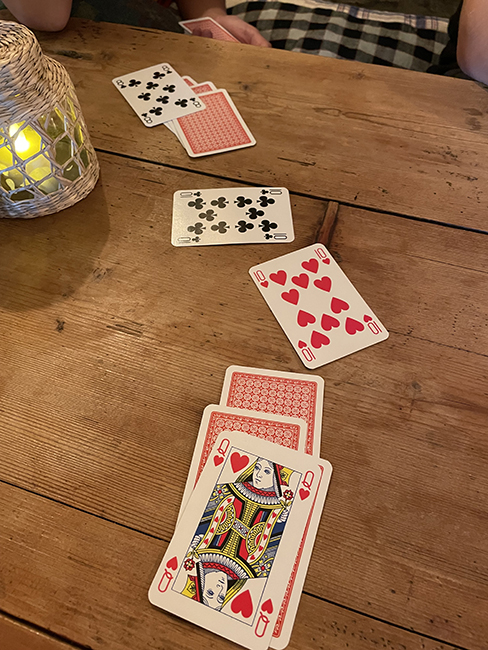 If you put down two cards that have the same value, this means WAR.  Each player then places 3 cards face down on the table.  The 4th card that is put down, is placed face up.  The person with the highest value card will win all those cards (10 altogether if it is just 2 players). If the 4th card that you have place down is also the same, you repeat the WAR steps.  You keep doing this until there is a winner.  If you run out of cards while doing this, then you can’t complete the WAR, and you lose.

To win the game you need to win all the cards from your opponents.

This can be a very fast paced game, but like top trumps, it can go on for a while.  Just when you think you have won, the other player will win enough to continue with play.

If you enjoyed playing the card game WAR, be sure to check out how to play beggar my neighbour, and clock patience. 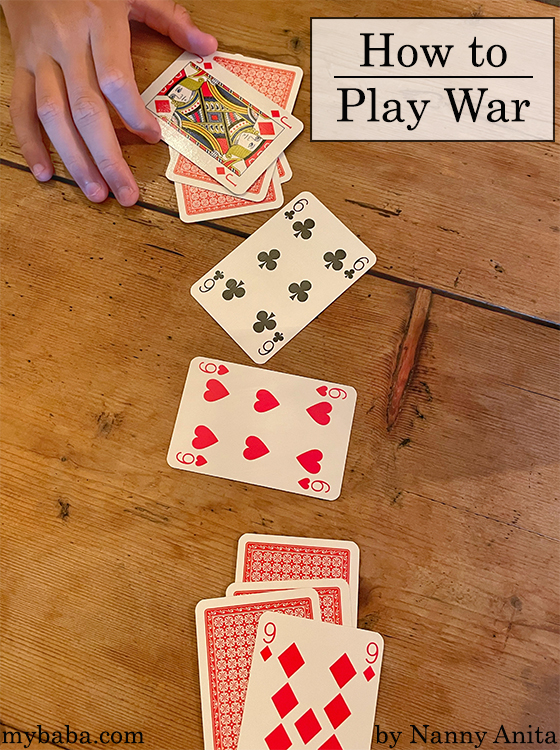 If you see a kid do something nice, tell their parent

Here’s How to Enjoy the Perfect Staycation | The Wacky Duo

Here’s How to Enjoy the Perfect Staycation | The Wacky Duo

Yes, you can have sexy fun even as a single mum

30 Tattoos to celebrate your children