It’s that time already! Oh, no it’s not… Oh, yes it is! We’ve round up the best Christmas shows and pantos this year. Seats are booking fast, and we definitely don’t want you to miss out – oh, no we don’t! 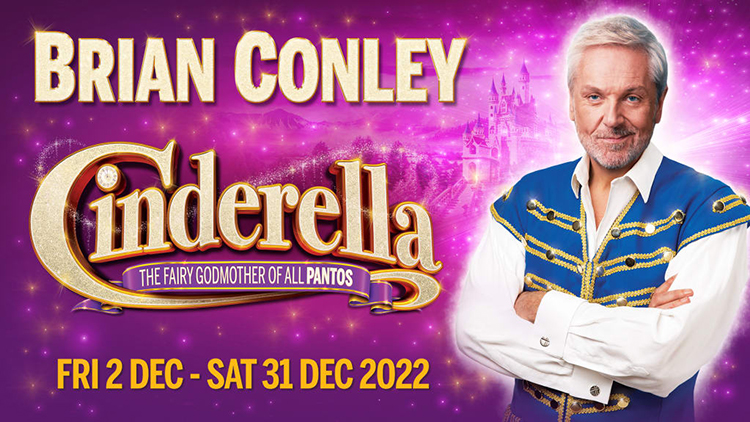 Disney’s FROZEN – the beloved animated film that always gives us chills – is now playing in London’s West End. For the first time in forever, the Theatre Royal Drury Lane has reopened its doors, bringing Elsa and Anna’s story to the stage in this heart-melting theatrical production.

With incredible special effects, jaw-dropping scenery, and all the songs you know and love, it’s going to be an unmissable experience that will stay with you long after the curtain falls. 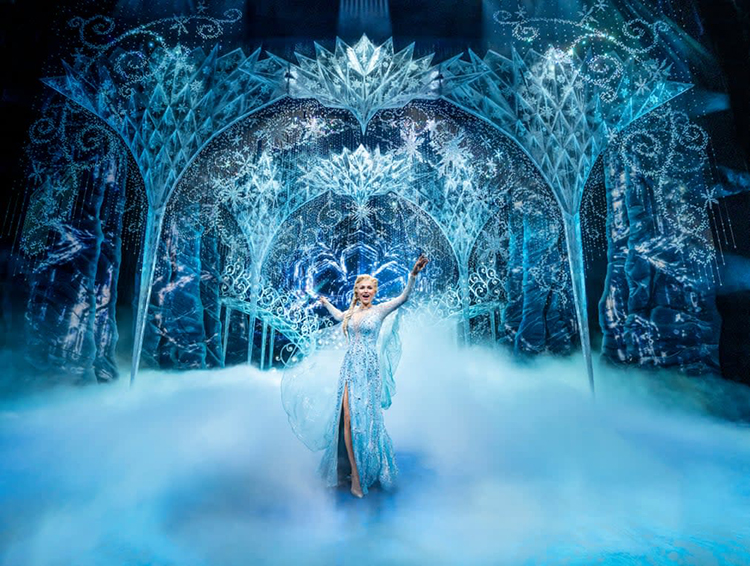 The Mother of all pantomimes is back in Hackney this festive season, starring Clive Rowe as Mother Goose. First created in 1902 for Music Hall legend and Hackney Empire regular Dan Leno, we’re thrilled to be able to celebrate 120 years of this iconic pantomime in our 120th birthday year! 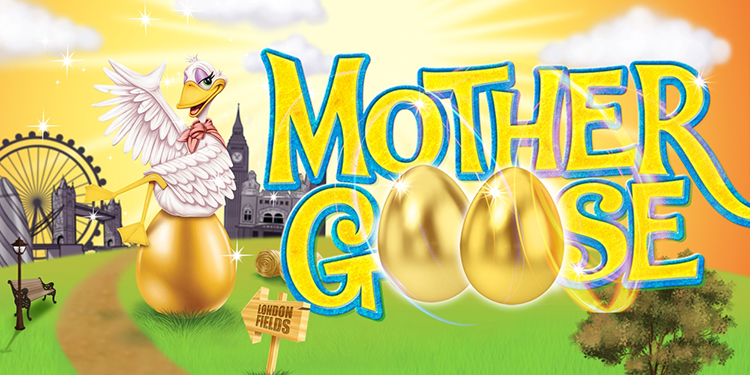 For four weeks only the Theatre will be transformed into a sensational circus, where everything is possible, and anything could (and will) happen. 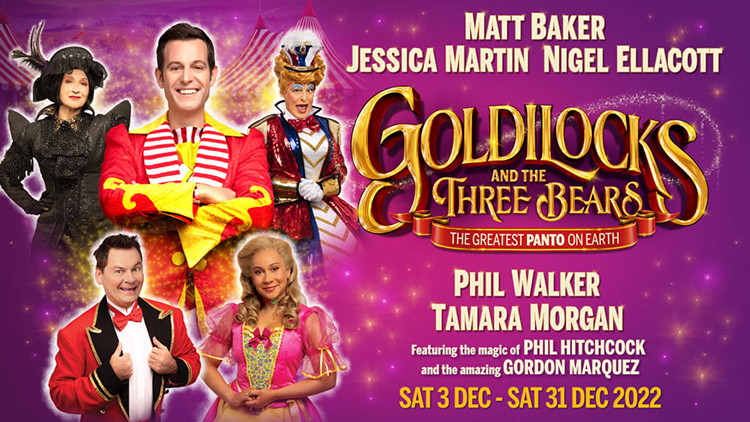 Get ready to experience Stratford East’s unique twist on this classic tale, set in the ancient home of Sphynx cats, pharaohs and the empress Cleopatra.

This year’s panto will feature all the right ingredients. You can expect our much-loved mix of show-stopping original music and laugh-out-loud comedy, alongside magical sets and costumes in this perfect festive treat for all ages.

‘Fee-fi-fo-fum,’ Jack is back and climbing their way to the Lyric’s stage for a panto of gigantic proportions. When Jack swaps their beloved Daisy the Cow for a bag of magic beans, little do they know a soaring adventure awaits. Join Jack for the climb of a lifetime as they battle giants and thorny baddies in hopes of finding fortune that will save them! Fee-Fi-Fo-Fum A GIANT panto comes to The London Palladium!

This Christmas join comedy superstars Dawn French and Julian Clary, with Alexandra Burke making her Palladium pantomime debut, as they lead the cast of a brand-new production of Jack and the Beanstalk at London’s iconic home of pantomime! 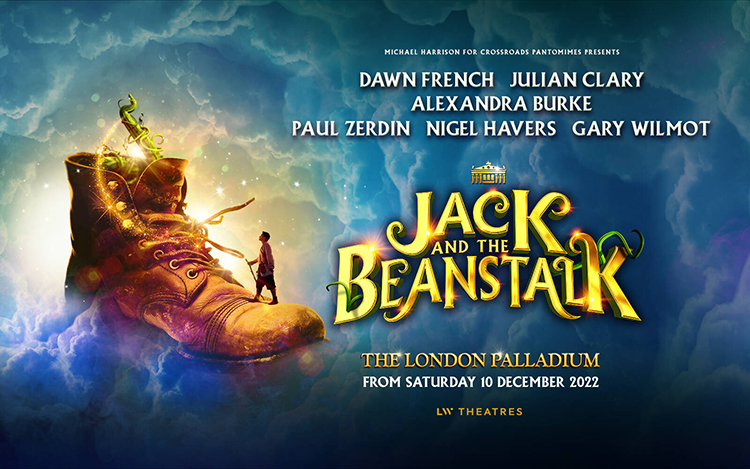 Alice in Wonderland is the 35th annual charitable pantomime production presented by PwC as part of its Community Affairs Programme.

Alice in Wonderland is a magical tale against time featuring a white rabbit running late, a Mad Hatter’s tea party, a Cheshire cat and the Queen of Hearts. A young girl, Alice, finds herself tumbling down a rabbit hole to seek a new adventure.

The show will be brought to life by around 200 PwC staff and alumni, both on stage and behind the scenes. PwC’s aim is to bring joy to children from inner city schools and charities, giving away 8,000 free tickets to children from local boroughs. All revenues from additional ticket sales help to contribute towards that experience. 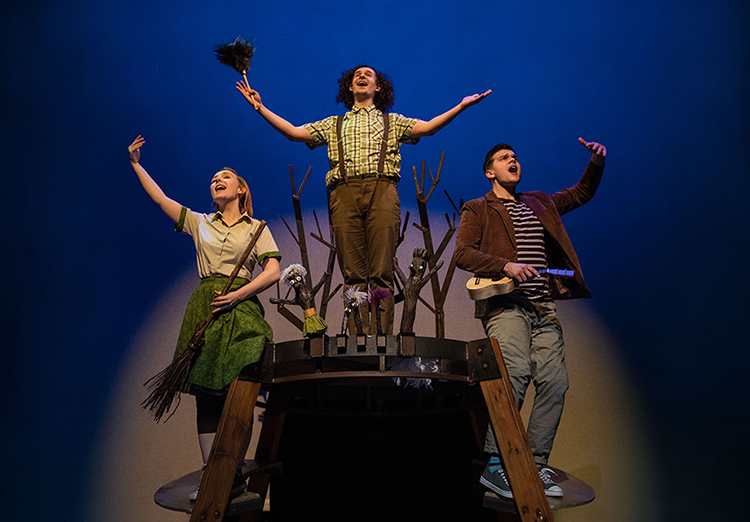 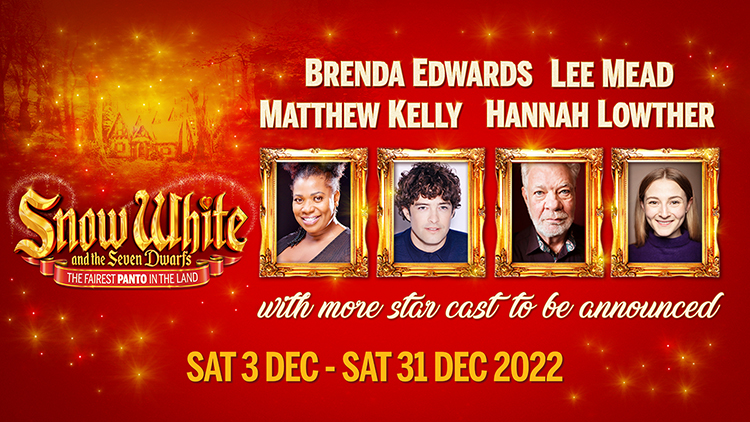 In a magical fairy kingdom, happy plans are underway for Princess Raury’s christening. But a bad fairy has been missed off the invite list, and descends on the party casting a wicked curse.

So when 18 year old Raury pricks her finger on a spinning wheel, and falls asleep for many years, it takes bravery and courage to wake up and face a very different world. But the bad fairy is up to more mischief, and Raury is soon setting off to the rescue, aided by her zany Nanny and family, to ensure true love can find its way…

This timeless tale will be lovingly told in classic Hornchurch style with an outrageous dame, side splitting slapstick comedy and fantastic original music played by the finest of actor musicians. 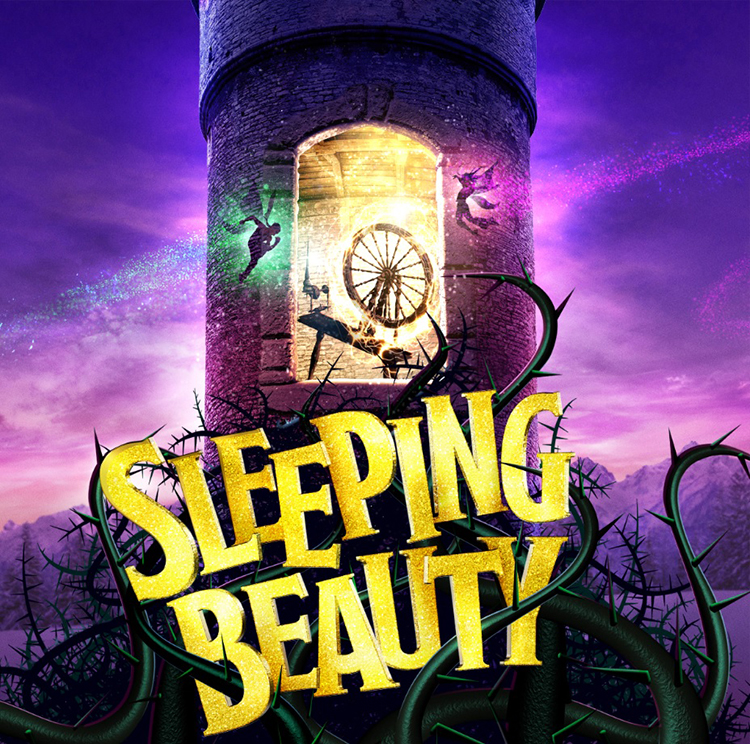 Robin Hood will once again see the return of the much-loved Greenwich Theatre Pantomime production team.

The poor citizens of Nottingham have just about had enough of their scheming Sheriff; relentlessly raising taxes and forcing folks to move out to the forest!

But fear not, for our hero, Robin Hood, is here to right those wrongs! Stealing from the rich and giving to the poor. Let’s hope he can save the day alongside Maid Marion, Friar Tuck and the rest of the gang, who’ve all joined the good fight!

Mirror Mirror On the Wall, What’s the fairest panto of them all?

Polka Dot Pantomimes and The Broadway, Barking and proud to present this year’s magical Christmas pantomime Snow White . This enchanting fairytale will captivate audiences of all ages and is the perfect festive treat for the whole family. 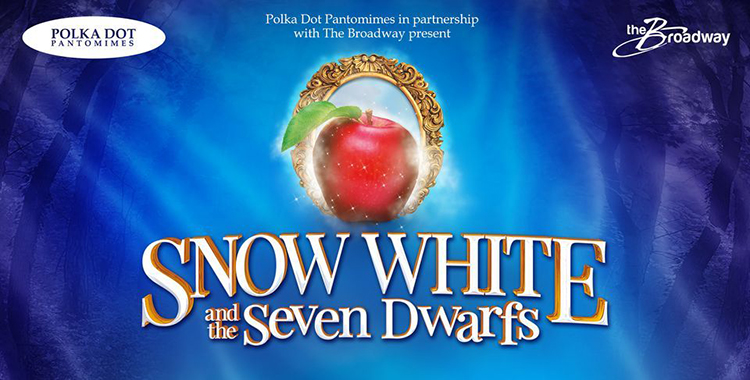 You are invited to get into the festive spirit as Warner Bros. Studio Tour London’s annual Hogwarts in the Snow feature returns!

If you enjoyed reading about the best Christmas shows and pantos in London and beyond, you’ll love these:

Where To Pick A Pumpkin This October: Locations All Over The UK

Ho, Ho, Ho! The Best Christmas Grottos In And Around London 2022

For competitions and offers from our favourite brands, click here.

Should I Buy Organic Food

How are most moms STILL the default parent in 2022?!

How are most moms STILL the default parent in 2022?!

Podcast On Pregnancy and Sleep